“There is no moral. I just felt like telling you a story.”

Before narratives became a Buzzfeed-era buzzword, they were made of music and prose and poetry: vehicles of information as old as humanity itself. The world as we know it has amply provided certain types of narrative that as consumers we then modify with our own nuances. But the world is becoming both bigger and smaller and modification of a larger [mostly Western] narrative with a local flavour is no longer enough. We need to know about the other cultures that exist, islands like our own in a sea of Made-In-China-For-America pop culture. For this reason there are increasing calls for stories from the marginalized for the marginalized. 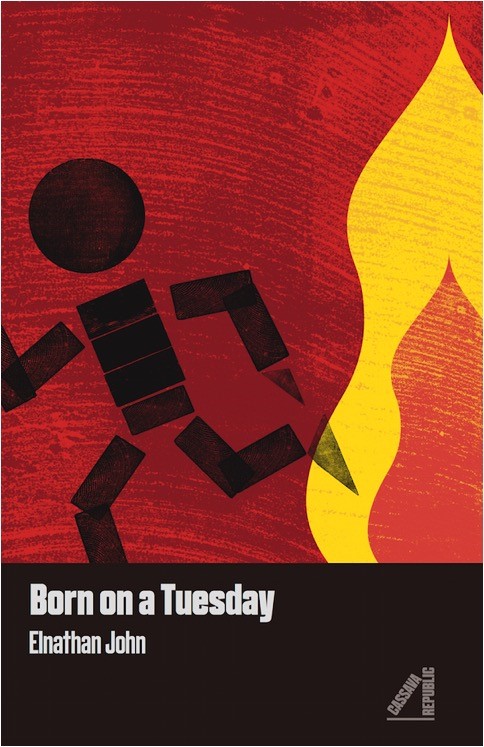 Born On A Tuesday by Nigerian author Elnathan John is one such story. Through its narrator Dantala we sit in on seven years in the life of a Hausa boy as he deals with challenges both ordinary and extraordinary. Dantala’s growing pains and joys take place in a radicalizing state in Northern Nigeria – a place arguably less fictionalized and explored in mainstream Nigerian literature than say Lagos or Enugu.

Elnathan John has been quoted as saying Northern Nigeria has no demand for nuance, which may explain the almost bare style with which he handles language and plot. Descriptions are perfunctory, deaths are banal, and violence is so casual that you can be halfway through a paragraph before realizing the people in it are under attack. It makes it hard to deeply engage with the events and characters, most of whom are sketched in broad strokes. Despite this a layered complexity is still present, especially in the depiction of the religious and political landscape.

As a reader with a Christian background in an increasingly Islamophobic world, it seems unusual to encounter a novel where the milieu is entirely Muslim, and positively so. There is a pervasive sense of community, especially in the calls to prayer and rhythms of life wherein resides the comfort and security that remains one of the chief attractions of organised religion. Questions of fate and the existence of evil, difficulties of interpretation and the resultant frictions are tackled in conversations  between characters as well as Dantala’s own inner voice. Thus, beliefs and tenets are explored that would otherwise be mere stereotype, or banners around which the non-Islamic world is called to rally in fear.

The mosque is a natural refuge for Dantala, one to which he often returns and finds succour.  His life is rooted in it, and while religion seems to hamper for him the excitements of his peers, he is perfectly happy to think himself above pursuits such as football and pranks. However, it also complicates his relationship with sex, which is very tainted in this book – the only sex that is described as worth a happy giggle is in an illicit affair, which is a shame. It is commendably inclusive, though, with sodomy being treated no more or less haram. Dantala is just as anguished by and afraid of homoerotic wet dreams as he is of his first sexual encounter with another person – a hand job from an unnamed female prostitute.

Perhaps it is these difficulties that lead him to treat women with none of the compassion we come to expect from him, and it is frustrating to read. It is hard to decide whether this is a reflection on the narrator, the society he lives in, or the author. Female characters in the book play one of two roles:  either mother/provider, or whore. Interestingly,  Aisha, the main love interest, manages to be both. While still in her dimpled, big-breasted maidenly bloom, she reminds Dantala of his Umma, but once she is married sports a gold Mecca tooth, as last seen in – surprise, surprise – the prostitute’s mouth.  Women suffer in the sidelines of this book, which in itself is not unusual as everyone does. However, they are denied any means of survival apart from being long-suffering and enduring. In a book already short on levity there is painfully little female laughter.

To describe this as a coming of age story is inaccurate, as everything Dantala will become by book’s end he already is when we first meet him under the kuka tree. He is unhappy with the world as it exists but his fatalistic acceptance of it allows him to move through time and space with resilience. It is this resilience and instinct for survival that make sure there is a story to tell at all. His escapes from peril mean there is always a new episode in a rather circular repetitive life, and against considerable odds the book manages to end on a note of continuity – life goes on, if and as Allah wills it.

Overall this scores a ⅗, and would probably score higher if it passed the Bechdel.
(Nairobi-based readers may buy a copy of Born On A Tuesday online  from Magunga.com)